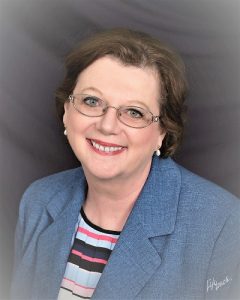 Charlaine Reynolds, owner of Age Transitions, has worked with older adults for more than 20 years along the entire continuum of care… independents still living at home, assisted living, skilled nursing, dementia care and hospice. She has a BA in Social Science from the University of Houston, a Certificate in Gerontology from the University of Houston Graduate School of Social Work, a Certified Dementia Practitioner and a MPH candidate in Public Health.

Now located in Louisville, Charlaine Reynolds first became acquainted with eldercare years ago through her own family. Her father-in-law had moderate dementia and he was totally dependent on his spouse. “As a family, we were young and dumb about this disease. We had so much to learn, and I’m sure we would have made different decisions had we known more.” After her father-in-law died, Charlaine became a hospice volunteer, visiting senior residents in nursing facilities and from there becoming involved in the Alzheimer’s Association.

She chose to work with older adults professionally, starting out as the social director for the largest YMCA senior program in Houston, Texas. But she was drawn to work in a nursing home, to “see for myself” how they operated, if she could make a difference. “I’ve always said, ‘You can be part of the problem or part of the solution.’ I’m very proud of my work in long-term care. I won several awards including my dementia unit being named the first “Elite” by Kindred Healthcare in the U.S.”

Charlaine continues her work by sharing her expertise with Louisville families making difficult decisions about older adult placement in long-term care. Her understanding “of how things work” can help ensure a smoother transition from home and a chance to establish a good relationship with the staff.

Learn more about Age Transitions by selecting the links below.

Assessment and Planning… Set short-term & long-term goals; Create alternative plans; Assess safety; Assess mental health needs.
Here’s What Others in Louisville Say About Age Transitions and Charlaine Reynolds…
I encourage, I preach, I implore families to plan… Even elderly parents in modest circumstances can get good care and have good options with some planning.